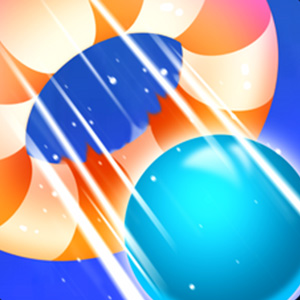 Fly & Pass 56
Fly & Pass, like all the best party games, takes simple rules and turns them into hilarious action. It’s a game of ring toss with a few big differences. For one thing, players can change the flight of the ring in mid-air. For another, there’s another ring there trying to score points at the same time! Slide the ring over the ball as many times as you can in a given round. Get to three points and earn victory – or simply be on top when the timer runs out. At the final stage, the ball will move after every point scored, making it an extra challenge!