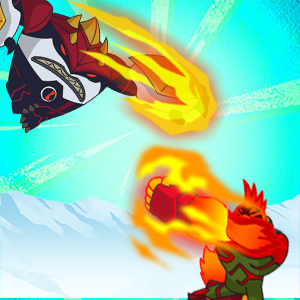 Ben 10 Alien Rivals RC9 29
Collect a series of alien heroes and upgrade them, and at the same time unlock various special super powers, these super powers will make your combat effectiveness burst in the battle. Choose three alien heroes to form your team, and skillfully use their abilities to defeat your opponents in a race against time!